Apple’s WWDC 2011 took place yesterday, and if you missed it Apple has now uploaded the WWDC 2011 Keynote video, and you can now catch up on everything that Apple announced yesterday.

We had a good look at some of the major new features that will be available in Mac OS X Lion, which will go on sale in July, and will only be available as a digital download. 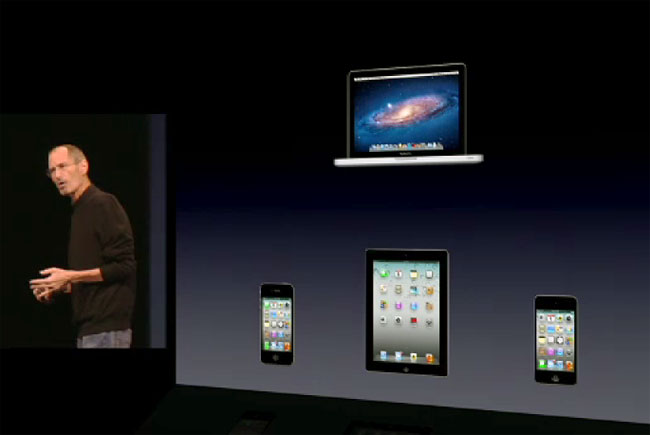 We also had a got look at Apple’s new iOS 5 which will be released in the fall and will be compatible with the iPhone 3GS, the iPad, iPad 2, iPhone 4 and the 3rd and 4th generation iPod Touch.

The major new announcement yesterday was Apple’s new iCloud service which is a replacement for Apple’s MobileMe, with a lot more functions including music streaming from the cloud and much more.

You can see the WWDEC 2011 Keynote video over at Apple.