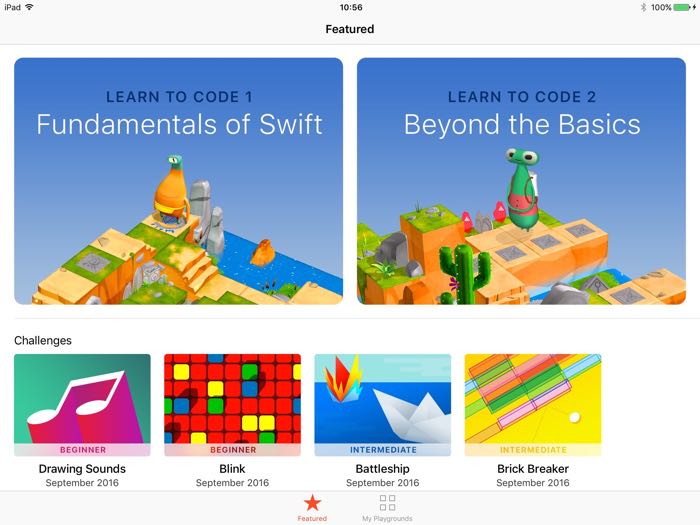 Apple’s Swift programming language has been popular and now Apple wants kids to learn how to code with Swift and they have released the new Swift Playgrounds app for the iPad.

The Swift Playgrounds app is designed to teach children how to code using Apple’s Swift ti create apps for the Mac and iOS.

Swift Playgrounds requires no coding knowledge, so it’s perfect for students just starting out, from twelve to one-hundred-and-twelve. The whole time you are learning Swift, a powerful programming language created by Apple and used by professionals to build many of today’s most popular apps. And because it’s built to take full advantage of iPad and the real iOS SDK, Swift Playgrounds is a first-of-its-kind learning experience.

You can find out more details about the new Swift Playgrounds app over at iTunes at the link below, the app is available as a free download.

Source iTunes, The Next Web