We have seen a couple of videos before of Apple’s Siri against various other voice activated virtual assistants, and now we have a video of Siri tested against Google Search on Android 4.1 Jelly Bean.

The video below shows Google Search running on Android 4.1 Jelly Bean on the Samsung Galaxy Nexus, and Apple’s Siri on the iPhone 4S, both devices are asked the same question at the same time. 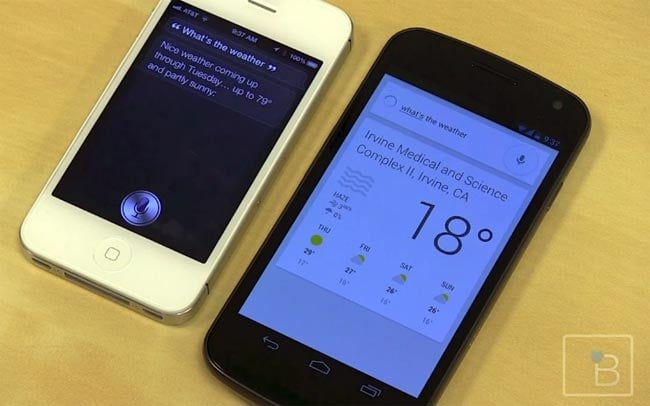 As you can see from the video, it looks like the default Google Search seems to be able to answer the questions quicker than Apple’s Siri, it will be interesting to see this test again when Siri gets updated with iOS 6 to see if it can do a better job then.