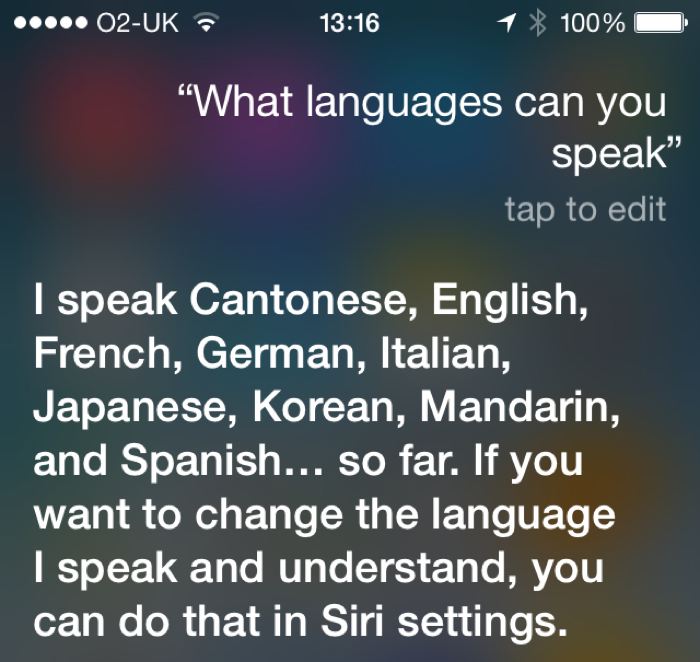 It looks like Apple has plans to expand the number of languages used by Siri, as a recent job listing at Apple is looking to hire engineers with language skills in 9 languages that Siri currently doesn’t support.

The job listings are looking for engineers who are fluent in Brazilian Portuguese, Arabic, Norwegian, Dutch, Danish, Swedish, Turkish, Russian and Thai.

Come and join the team that teaches Siri how to understand and speak new languages. We are an extremely diverse and passionate group dedicated to bringing the future of intelligent assistants to the world.

Siri speaks a total of nine different languages at the moment, so the support for additional languages will basically double the amount of languages Siri will use when the updates are released.

Apple will release a new version of their mobile OS later this year, which is expected to bring a number of improvements to Siri, although we are not expecting the new languages to be supported in iOS 8, they will probably be released in a future update.

Apple has said that iOS 8 will be released some time this fall, we are expecting it to land in September along with the new iPhone 6 and the Apple iWatch.