Apple has been granted a patent for a new 30 pin connector, which could be used in iOS devices in the future to connect them to your computer, and this new connector would be a lot faster than the existing connectors.

The guys over at Patently Apple, have discovered a new patent which is a Hybrid DisplayPort/USB 3.0 high speed connector, and it would work with all iOS device, and could also incorporate Intel’s Thunderbolt technology which would offer data transfer speeds up to 10Gbps. 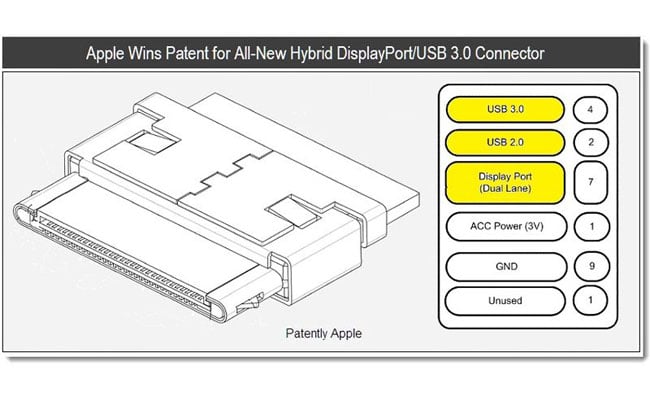 Apple has been granted a powerful patent that packs quite the wallop. Somehow they snuck a secret patent application through the system for an all-new high speed connector that will combine at least USB 3.0 and DisplayPort. Although the patent illustrates an iPod as being one of the first to adopt this, the patent clarifies that it’s for all future Mac hardware as well.

You can see full details of the patent over at Patently Apple.