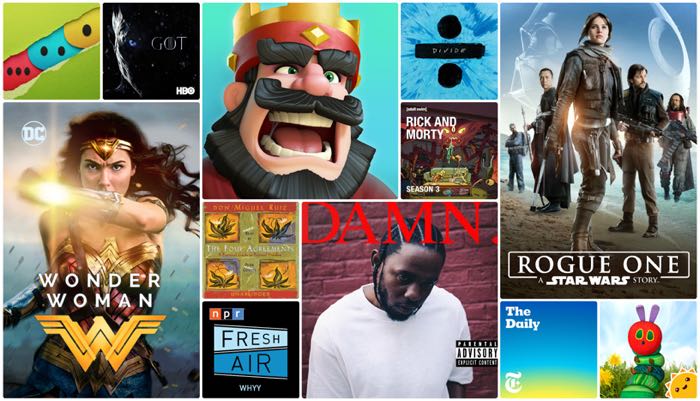 One Apple Music the top album of the year was ‘More Life’ by Drake and the top movie on iTunes was ‘Moana’ this was followed by ‘Rogue One: A Star Wars Story’. The most popular TV show of 2017 was Game of Thrones.

You can see full details on Apple’s top apps, games, music, TV shows and more over at their website at the link below.