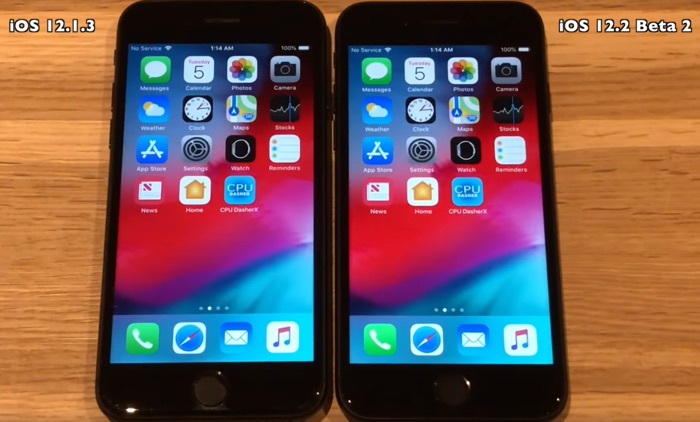 As we can see from the videos there are no major speed improvements in the new iOS 12.2 beta 2 over the current iOS 12.1.3 software in either booting up or in the various apps.

We are expecting Apple to release the final version of iOS 12.2 some time later this month, probably around the end of the month. Before that is released Apple will be releasing iOS 12.1.4 to fix the FaceTime bug, that software is expected this week.