It looks like one of Apple’s internal testing applications has turned up in the app store, if you search for Gamestore, you will notice an application available for $0.99 or £0.69.

The app seems to be some sort of test application, and it offers in app purchases, although they don’t seem to have any function at the moment, you can see some screenshots of the app below. 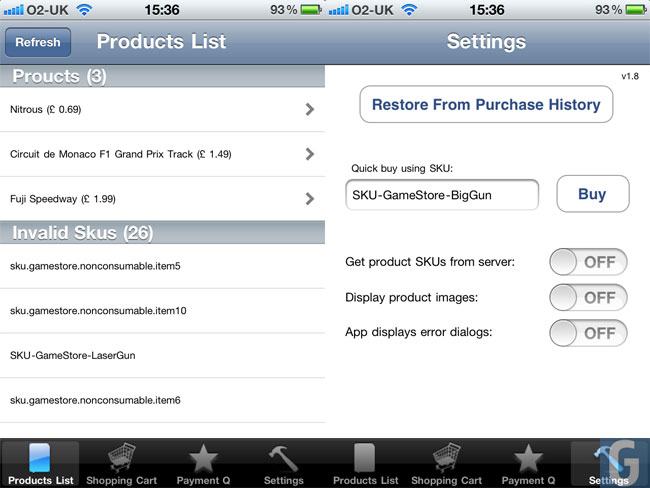 There are no details as yet on why this application has appeared in the app store, and according to Mac Rumors the app is from 2009, when Apple launched in app purchases on their iOS devices.