More bad news for Samsung this morning, as Apple has won a European ban on Samsung’s Galaxy Tab 7.7 Android tablet in a German court, and the ban apparently applies to the whole of Europe and not just Germany.

According to a recent report by the Next Web, an appeals court in Germany has rejected Samsung’s appeal that the tablet ban should only apply in Germany and has now extended the ban to the whole of the EU. 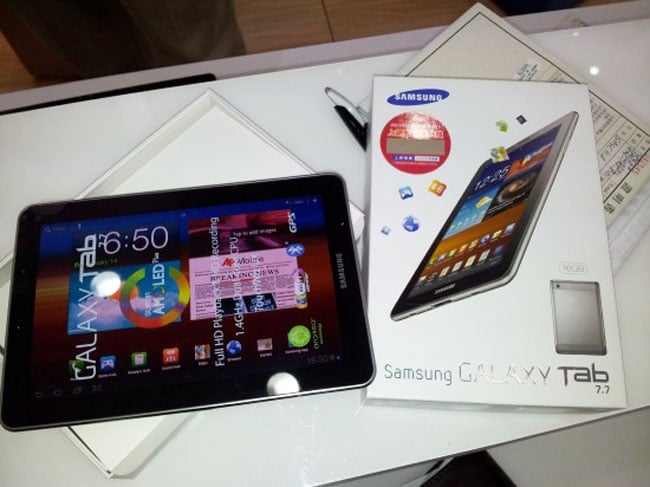 “Samsung welcomes the court’s ruling which confirms our position that the GALAXY Tab 10.1N does not infringe Apple’s intellectual property and does not infringe laws against unfair competition,” the company said. “Should Apple continue to make legal claims based on such a generic design patent, design innovation and progress in the industry could be restricted.”

Things certainly are hotting up between Samsung and Apple, with various court cases around the world, the gloves are off,  and both companies are looking to do as much damage to the other as possible through their various patent lawsuits.