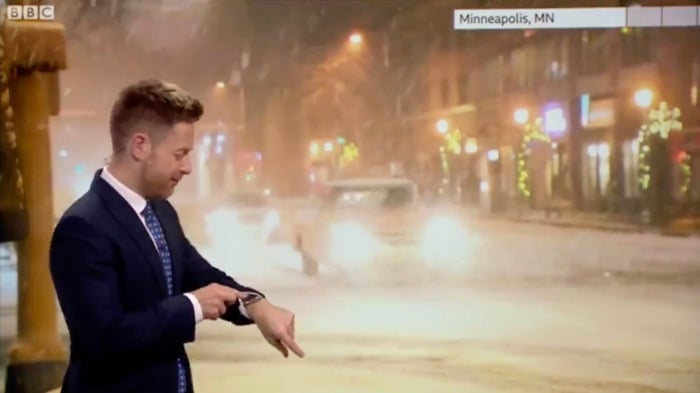 Apple’s Siri on the Apple Watch can be useful if you want to know the answer to something, for example what the weather is going to be like, unfortunately one BBC Weather TV presenter was interrupted by Siri on Air.

BBC Weather presenter Tomasz Schafernaker was delivering the weather and talking about the possibility of Snow in Europe when Siri interupted him and mentioned that there was no snow forecast for today, this can be seen in the video from the BBC below.

When you’re a weather presenter and your watch contradicts your forecast….😆
🔊Sound on👇 pic.twitter.com/YXojblKcIQ

As we can see from the video Siri decided to interrupt Tomasz Schafernaker when he was talking about the possibility of snow, we wonder which one of them got it right, the BBC Weatherman or Siri?