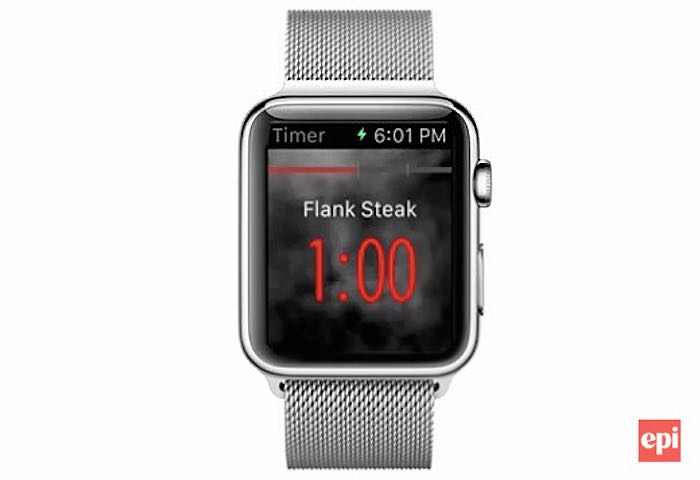 With the new Apple Watch launching later this week on April 24th after pre-order were opened earlier this month on April 10th. The Condé Nast owned cooking website Epicurious has this week unveiled its new Apple Watch cooking app.

The new Apple Watch cooking app has been designed to guide you as you cook providing handy instructions along the way together with a smart timer that keeps you on track.

Currently the Epicurious Watch app includes 43 ingredients at launch, including five cuts of steak, 17 vegetables, six seafood options, and 11 options for chicken and pork. Check out the demonstration video below to learn more about the new Apple Watch app.

During its pre-order stage its estimated that the Apple Watch has sold more than 2.3 million units around the  world, but at the current time Apple hasn’t coifed these numbers.

“For me, the thing that’s great about it is that when you’re cooking, you don’t want to fuss around with opening your phone,”-“It’s all right here in really quick glances. In two or three seconds, you can get the information you need.”