Apple has unveiled the latest beta for iOS 7 called beta 5. The new beta brings with it revised settings, control center, and messages. Beta 5 has been unveiled only eight days after beta 4 rolled out. Anyone who used beta 4 might recall that there were a couple of issues with that release. 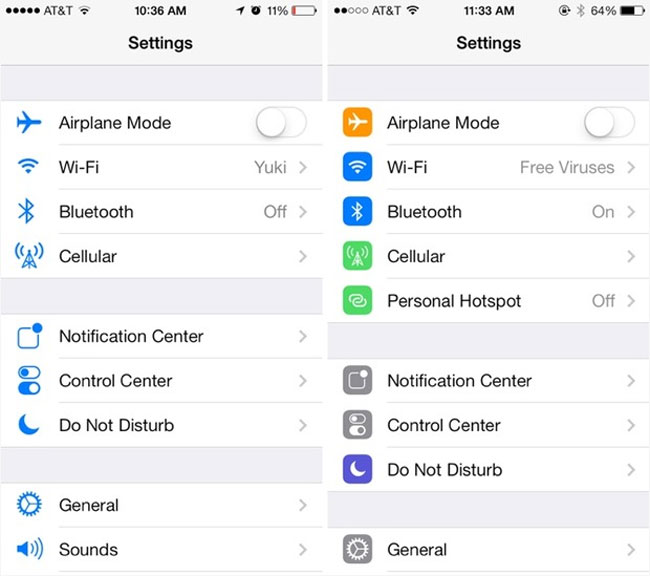 Beta 4 had a flaw that prevented Skype and Google Plus from opening. Beta 5 is labeled build 11A4449a and features an overhauled Settings application with colored icons. You can see these new colored icons in the photo on the right above.