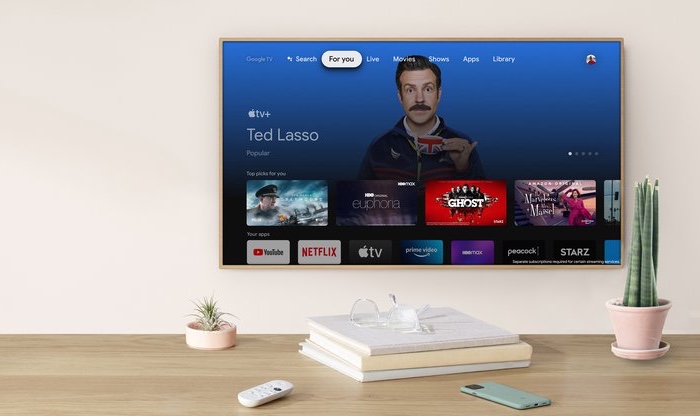 Apple has announced that the Apple TV app and Apple TV+ is now available on Google TV, the app is available on the new Chromecast with Google TV and it is also coming to more devices.

Apple has been expanding its Apple TV+ platform to more devices, the Google TV platform is the latest to get the Apple streaming app.

Google TV gives users with subscriptions to Apple TV+ the ability to tune into award-winning original shows, movies and documentaries from the world’s most creative storytellers. You can enjoy Apple Originals, including series like “Ted Lasso,” which was recently nominated for two Golden Globes, “For All Mankind” season two debuting tomorrow, “The Morning Show” and “Servant,” as well as movies like “Greyhound” and “Palmer.” The Apple TV app also gives you access to your library of movie and TV show purchases from Apple, as well as personalized and curated recommendations and Apple TV channels. And with Family Sharing, up to six family members can share subscriptions to Apple TV+ and Apple TV channels.