The developers behind the Apple TV MobileX project have released a new video of their work this week, which shows iOS applications running in full 720p via a modified Apple TV.

In the video after the break you can see Apple TV MobileX being used to run applications such as Facebook, Maps, Safari and YouTube. However most of the applications available in the Apple iTunes App Store should also run without a problem say the MobileX project development team. The video below is not using AirPlay, but running the iOS applications directly from the Apple TV scaling them to 720p. 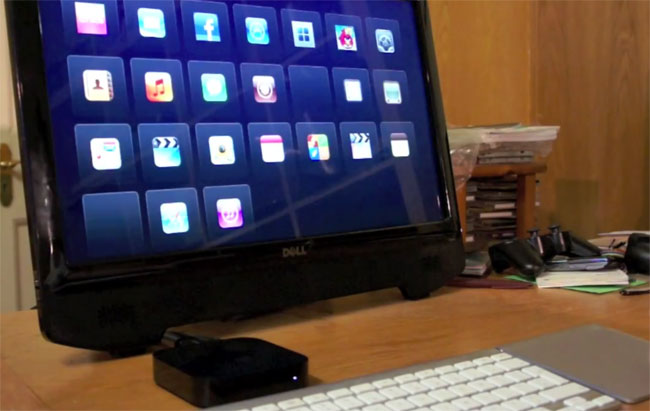 “More MobileX goodness! Much of today was spent making apps run as the full-screen iPad versions. I started writing a new launcher from scratch for the TV form factor; as of right now it’s not using IR remote input – we’re controlling most things from VNC or over SSH.”

More new on the Apple TV MobileX projec can be found over @stroughtonsmith and @TheMudkip who have been busy developing the new Apple TV hack.