Apple has filed a new patent, for a ‘Reinforced Device Housing’, and the patent describes an outer shell for electronic devices which is made up of a layered fiber-in-matrix type material, like Carbon Fiber reinforced polymer.

From the looks of the photo below, which was included in the patent filing, it looks very similar to the iPad. 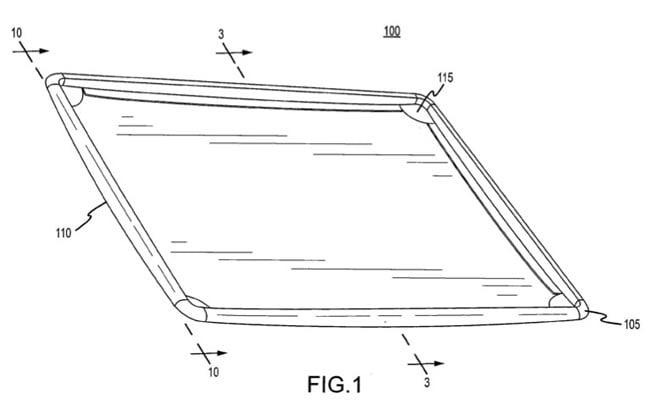 So who knows, maybe the next generation of the iPad will come with some sort of carbon fiber back instead of the brushed aluminum on the current iPad.