The familiarity with the ‘dots’ Android locking system is evident in the screenshots below. Apple has released the new locking mechanism internally for testing, with in the employee ‘Apple Connect’ application for iOS devices. 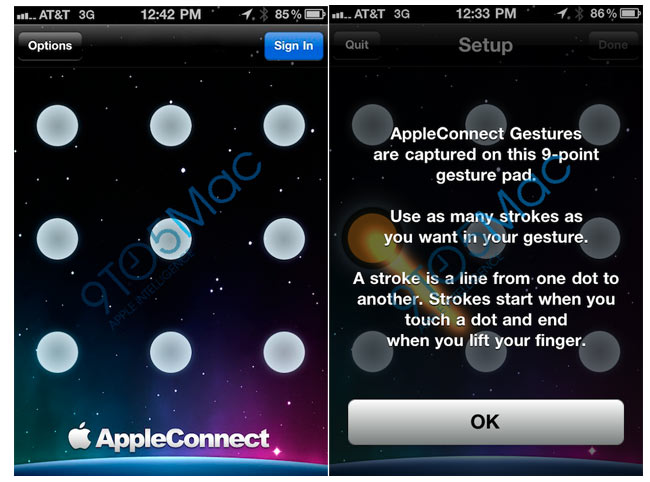 No details have been released as to whether the new locking system will ever fully become part of the iOS software for users. But a close source to 9to5 Mac has suggested that the system will be used by Apple within their internal applications in the future, and most likely on the applications retail-store employees use on their devices.

Also the design of the locking software looks very close to Google’s Android ‘dots’ gesture locking system design, of which Google presumably will have patents for and Apple would need to redesign before it could be rolled out to Apple customers.