We are still waiting for Apple to release iOS 4.2 for the iPad, iPhone and iPod Touch, and our hoping that Apple will release it some time this week.

Apple has just sent out an email to iOS developers, letting them know that ‘iOS 4.2 will soon be in the hands of millions of customers’, so at least we know that the launch of iOS 4.2 is imminent. 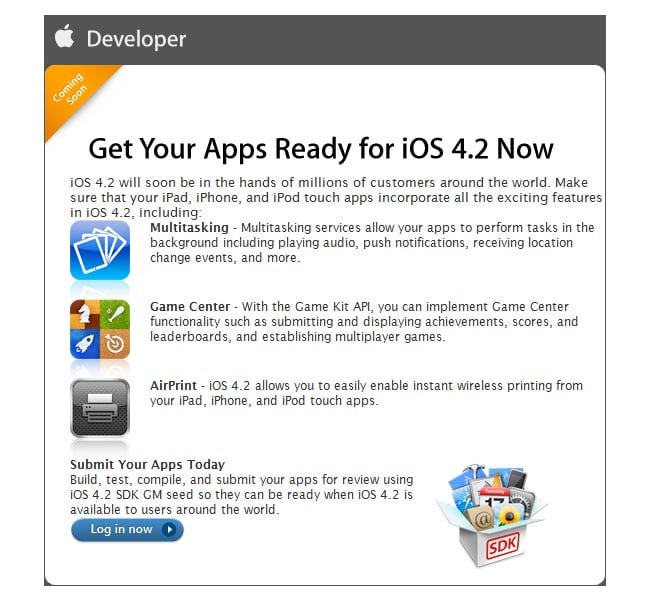 We hope Apple release iOS 4.2 this week possibly Friday, although we may have to wait until next week, as we  have heard a few rumors that it may be released on the 15th of November.

As soon as we get some m ore information, on when iOS 4.2 is going to be released we will let you guys know.