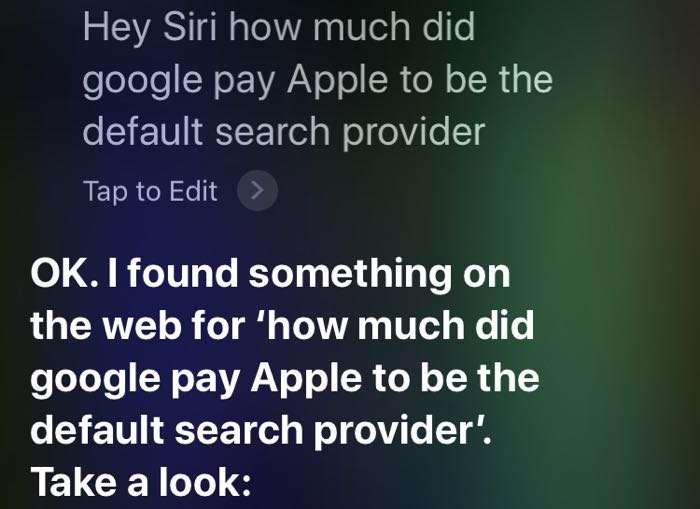 Apple has changed its search provider for Siri, previously when you used Siri for a search you would get results from Bing, this has now been changed to Google.

Google is now the default search provider for Siri, iOS Search and also Spotlight search on macOS, Bing is still the provider of image results for Siri.

Whilst Google is the default search provider on iOS, it is unable to track individual users in the same way it would on the web. All of the data on Apple’s devices is encrypted and anonymous.