The Apple [AAPL] store is down worldwide, so we can expect pre-orders of the new iPhone 4 to begin shortly. The store has been down since around 6am UK time and we are expecting pre-orders to begin at 9.00am UK time.

The iPhone 4 will be available on five major networks in the UK, O2, Orange, Vodafone, T-Mobile and Three. Yesterday we saw some leaked pricing from Vodafone which showed that they would be charging £189 for the 16GB and £280 for the 32GB on their cheapest m0nthly price plan. 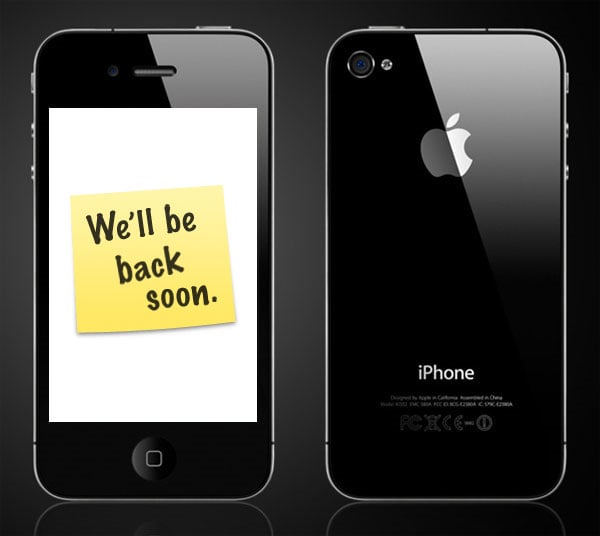 Although Vodafone released a statement saying that the page we grabbed the images from was a test page and it was later taken down.

We are not sure why there is such secrecy over the pricing of the iPhone 4 in the UK, we already know what the US price is, the fact that we will only know the pricing for each network when pre-orders begin isn’t really fair to iPhone customers who want to order the iPhone 4 right away, as they will have no time to compare the best deal.

We will keep you guys updated as soon as we get some more information about iPhone 4 pre-ordering and official price.