The Apple Store is down ahead of the iPhone 5C pre-orders, Apple were due to start taking pre-orders on the device at 12AM Pacific Time, and the store should be back online shortly.

The iPhone 5C will go up for pre-order shortly, and it will launch in Apple stores and with the various mobile carriers, next Friday the 20th of September. 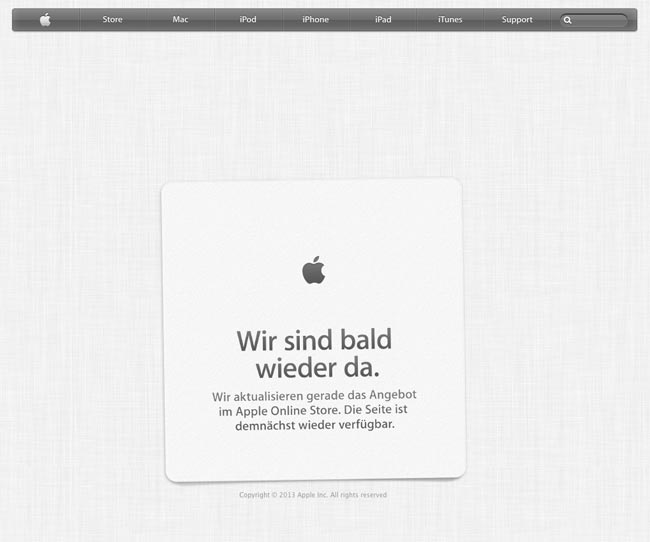 We presume this is being done to boost pre-order sales of the new iPhone 5C. I have spoken to a number of mobile carriers here in the UK, and have been told that they are not allowed to take pre-orders on the iPhone 5S, although a number of them are creating lists of customers who want the device.