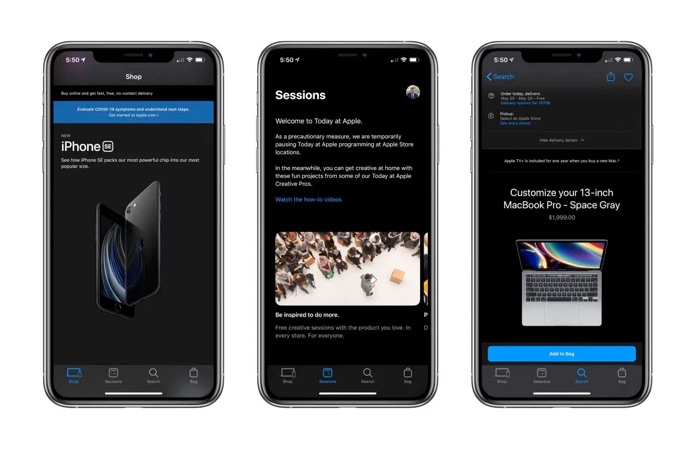 Apple has added support for Dark Mode to it Apple Store app for the iPhone and iPad, the update comes after Apple added Dark Mode tro their Apple Support app last month.

The new version of the Apple Store app is now available to download for both the iPhone and and the iPad and it will automatically switch to Dark Mode when you have it turned on.

The update also comes with some minor bug fixes and performance improvements, you can see what is included in the update below.

The new App Store app is now available to download from Apple’s app store for both the iPhone and the iPad and the iPod Touch.