Apple has just rolled out the new developer build of its Snow Leopard operating system in released version Mac OS X 10.6.8. The new beta is has been released by Apple who say there are no known issues with the software. 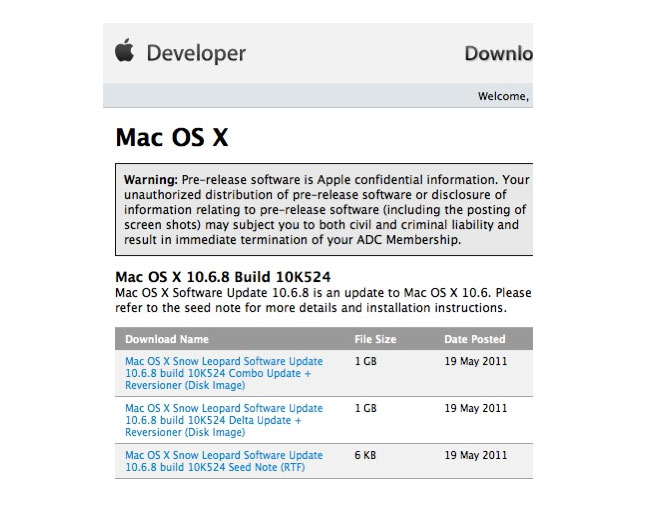 Both the Combo Update and the Delta Update for Mac OS X 10.6.8 build 10K524 are a 1GB download. The new Mac OS X 10.7 Lion Apple is currently preparing for release is expected to launch this summer. Apple will “unveil the future of Mac OS” at its annual Worldwide Developers Conference from June 6 through June 10 in San Francisco.