Apple has this week rolled out a new update to its Airport Utility 6.0 for Mac OS X Lion, which brings with it a new user interface design and a number of bug fixes and teaks.

The Mac OS X Lion Airport Utility 6.0 now sports a new user interface that is similar in style to the iOS based Airport Utility. Both are used to set up and manage your Wi-Fi network and AirPort base stations, including AirPort Express, AirPort Extreme, and Time Capsule. 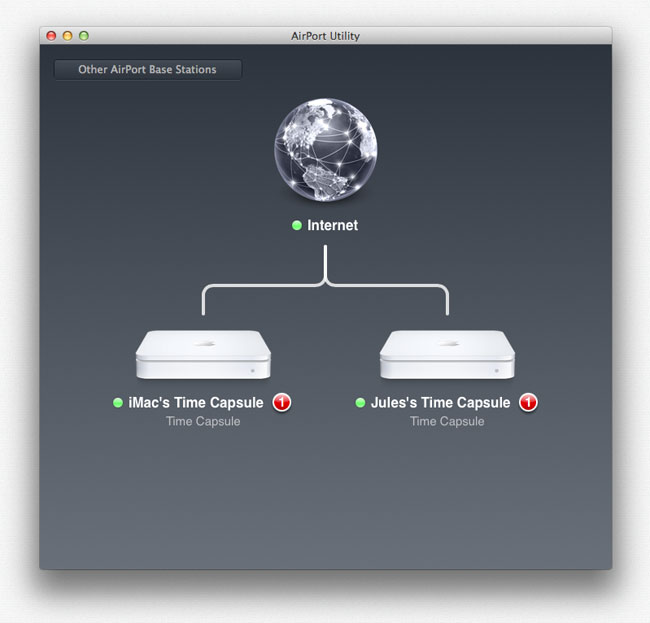 Including providing users with a graphical overview of your Wi-Fi network and connected devices. The Airport Utilities enable you to easily change Network and base station settings,as well as other more advanced services such as security modes, wireless channels, and more.

Mac OS X Lion Airport Utility 6.0 only works with 802.11N Airports, but older AirPort Express 802.11g and AirPort Extreme 802.11g base stations have received an update that resolves an issue with using network passwords stored in the Keychain.