We have been hearing quite a bit over the last couple of week about the malicious software ‘Mac Defender’ which has been targeting Mac users, and Apple announced recently that they would be releasing a software update to fix the problem. 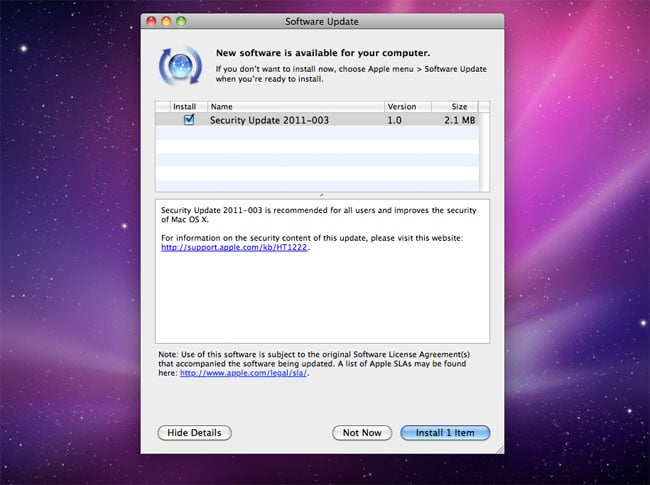 The software update is designed to remove the ‘Mac Defender’ malware and also any other variants of it which would include the new version we heard about the other day.

You can find out more details over at Apple.