Apple announced iOS 6 earlier this month, which is expected to launch later in the year, some time in the fall, when it was announced, Apple released iOS 6 Beta for developers.

Apple has now released iOS 6 Beta 2 to developers, the update was actually released as an over the air update to developers iPhones and iPad and it was pushed to devices running iOS 6.1 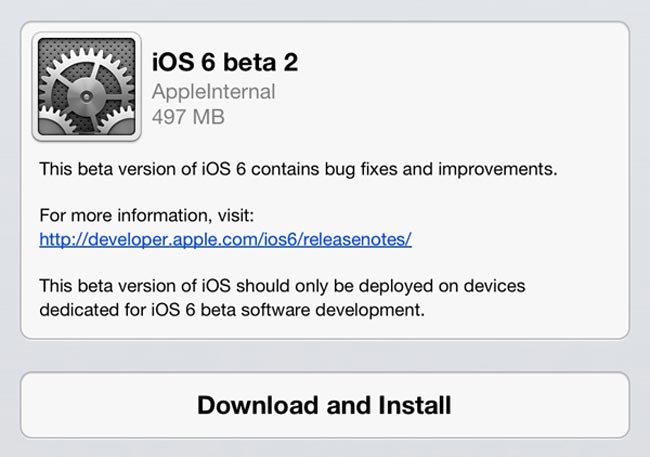 It would appear there are a number of new features in iOS 6 Beta 2 which include a share photo streams toggle, a new twitter icon, a new TweetSheet in the Siri UI and the ability to sync the reading list over 3G.

As soon as we get some more information on when Apple intend to launch iOS 6 we will let you guys know, although we suspect it will land at the same time as the iPhone 5 which is expected in either September or October.