Further to the news that Apple was developing a fix to prevent the Flashback malware taking hold on mac computers. Apple has now released a new update for its OS X which has been designed to protect your system from infection. 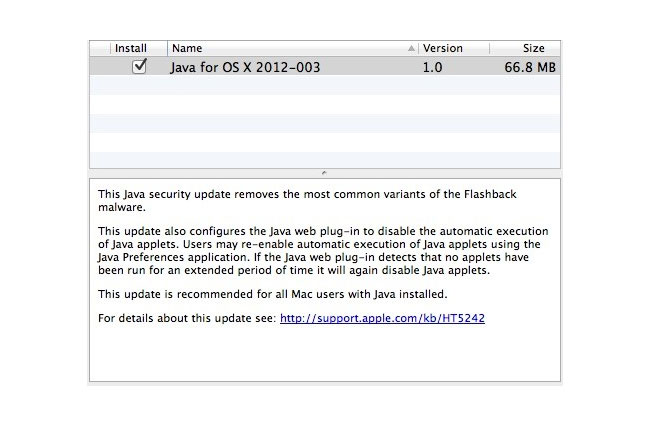 Within Lion OS X the new update configures the Java web plug-in to disable the automatic execution of Java applets. If you are running Snow Leopard Apple advises to do the same manually.

“This Java security update removes the most common variants of the Flashback malware.

This update is recommended for all Mac users with Java installed.”

You can find out more information over on the Apple website.