Apple closed its retail stores for a few hours, so that its employees could watch a live stream of the memorial service and Apple has released the following photo, which shows Apple’s CEO and the companies employees. 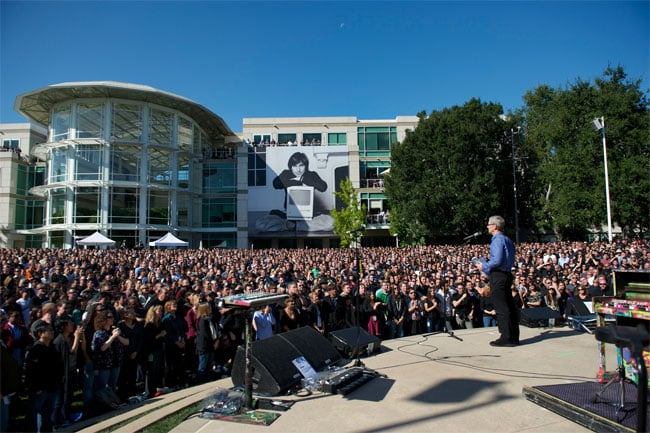 Apple also posted tribute messages on its website yesterday, which had been received by Apple from more than one million Apple fans around the world.