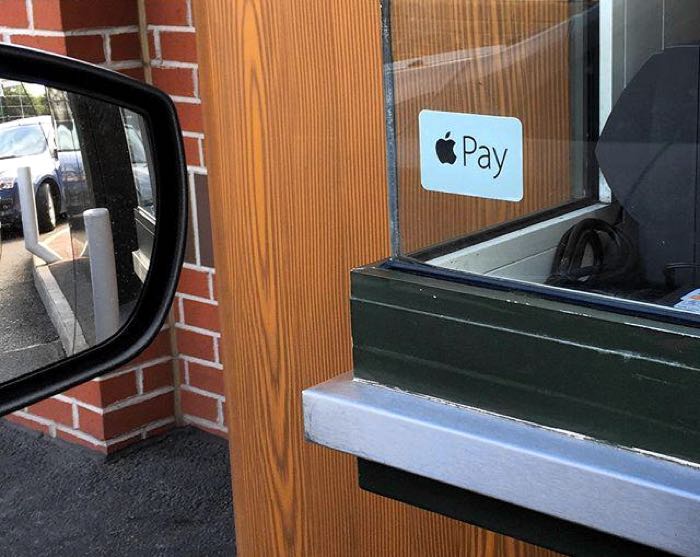 We recently heard a rumor that Apple Pay would be launching in the UK on the 14th of July, which is tomorrow and now there is more evidence that the new mobile payment system will be available tomorrow.

HSBC recently tweeted that Apple Pay would launch in the UK tomorrow, although the tweet has now been deleted.

A number of UK retailers have already started to display Apple Pay signs, the picture above was posted on Twitter by Engadget UK editor Matt Brian.

If Apple Pay is launching in the UK tomorrow, then we can expect some sort of official announcement from Apple later today. The new mobile payment service will work with the iPhone 6 and iPhone 6 Plus and also the Apple Watch.