Apple has been busy applying for Patent recent and one that stands out from the crowd is one that specifies how a RFID sensor can be built into the actual screen.

RFID are used for identification and tracking using radio waves, some tags can be read from several meters away while other can be read beyond the line of sight from the reader. 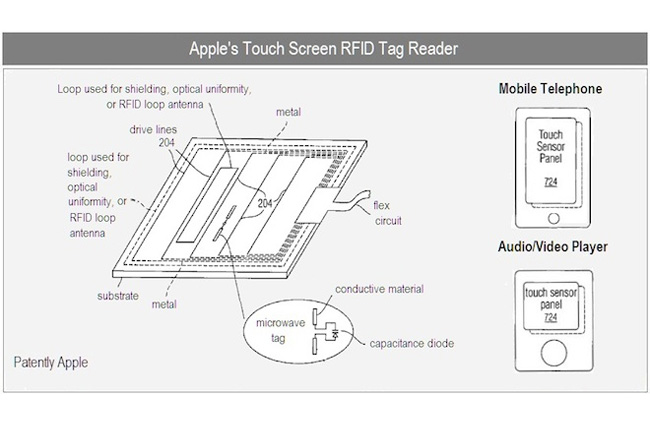 RFID technology is already widely used in Japan where users can use their mobile phones to pay for groceries, unlock their front doors, redeem coupons and loyalty points at the stores and to exchange contact information with others, as a few examples.

As with many of the patents applied for by businesses, a patent is not necessarily a sign that the technology will ever come to market. But you never know, especially with iPhone devices already under trials in New York subways for payments and ticket purchases.

Apple’s patent notes that it incorporates the content of a book entitled “RFID Handbook: Fundamentals and Applications in Contactless Smart Cards and Identification” by Klaus Finkenzoeller, John Wiley & Sons, Ltd., 2003.”