Apple has this week released a teaser video for its new Apple Mac Pro system that was unveiled earlier this year at the Apple WWDC 2013 event.

The later video is similar to that shown at WWDC where Apple revealed the new Mac Pro would be equipped with ultrafast four-channel DDR3 memory, as well as the ability to install up to 12 cores of processing power, up to 40GB/s of PCI Express generation 3 bandwidth, and 256-bit-wide floating-point instructions. 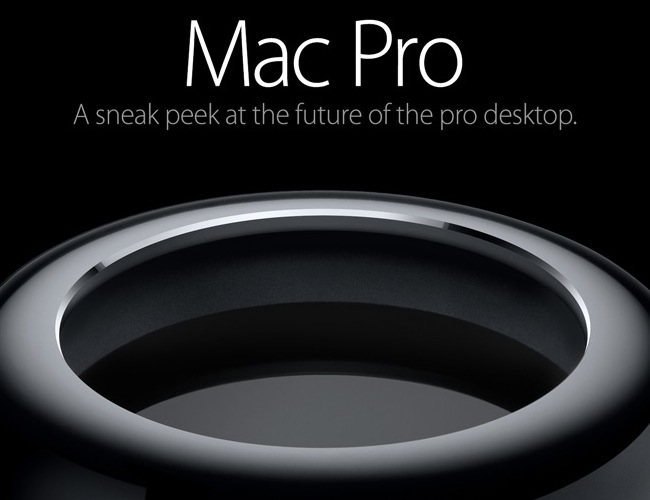 The latest Apple Mac Pro is also fitted with PCI Express flash storage, offering up to 2.5 times faster than the fastest SATA-based solid-state drive and up to 10 times faster than a 7200-rpm SATA hard drive. Together with new PCI Express-based flash controller technology within the Apple Mac Pro to deliver the fastest solid-state drives available standard in a desktop computer, says Apple.

Apple have created a new cooling system to help coll all the new hardware using and ingenious unified thermal core that is built around a single piece of extruded aluminium designed to maximise airflow as well as thermal capacity, explains Apple.

“An incredible amount of innovation went into designing a fan system capable of cooling such a high-performance device. Instead of adding extra fans, we engineered a single, larger fan that pulls air upward through a bottom vent. As air passes vertically through the center of the device, it absorbs heat and carries it out the top. It’s simple and elegant — and also astonishingly quiet. To achieve that, we had to consider every detail: the number of blades, the size of the blades, the spacing of the blades, and even the shape of the blades. By minimizing air resistance throughout the system, we were able to design a fan with backward-curved impeller blades that runs at fewer revolutions per minute, draws air more efficiently as it spins, and creates considerably less noise.” 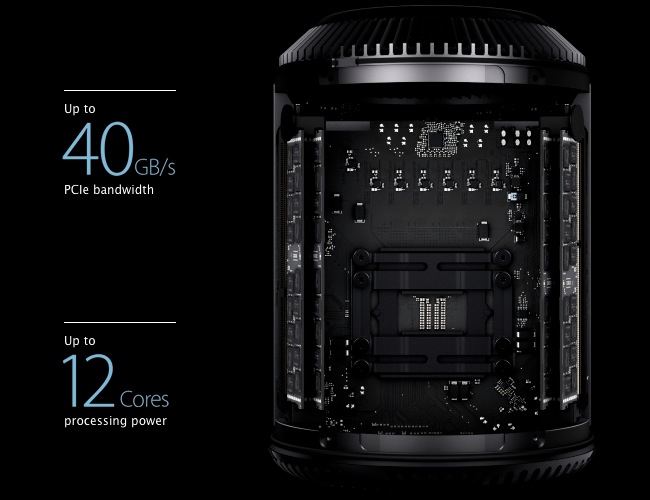 Other features of the new Apple Mac Pro include Thunderbolt 2, USB 3, Gigabit Ethernet, and HDMI 1.4 ports, and allows you to connect huge amounts of storage if required, as well as PCI expansion chassis, and each Thunderbolt 2 port enables you to daisy-chain up to six peripherals, offering a total of 36 external devices via Thunderbolt connectivity.