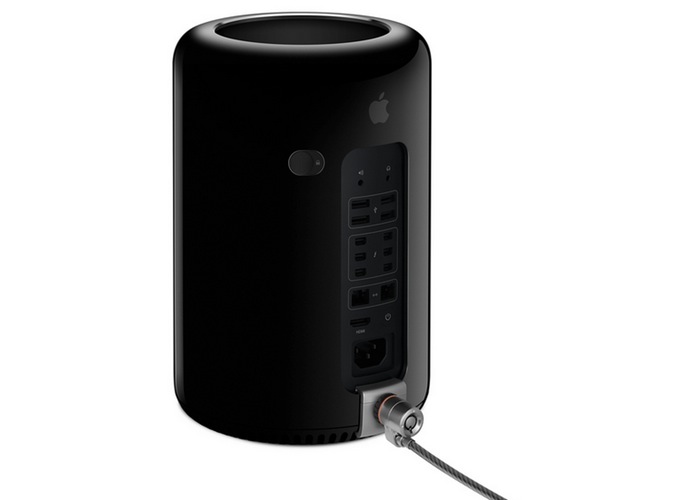 After spending out your hard earned cash on your new Apple Mac Pro, the last thing that you want to happen is for it to be removed from your desk or allow the casing to be opened and your solid state disk (SSD) or RAM removed.

Apple has this week quietly started selling the perfect solution in the form of the Apple Mac Pro Security Lock Adapter which is available to purchase from the Apple online store for $49 or £40.

Unfortunately the Apple Mac Pro adapter is not the lock itself and only creates the socket on your system, which can then be attached to a third party lock which you need to purchase separately.

The Mac Pro security adapter attaches to the system without the need for tools or enclosure modifications and prevents the casing from being opened says Apple, protecting internal components. Apple explains:

“The Mac Pro Security Lock Adapter lets you use a compatible Kensington or similar style third-party lock (sold separately) to keep your Mac Pro secure. The adapter attaches without tools and does not modify or damage the Mac. With a compatible lock connected, the Mac Pro Lock Adapter secures the housing to the enclosure, preventing access to internal components.”

To purchase one jump over to the Apple Store for full details.