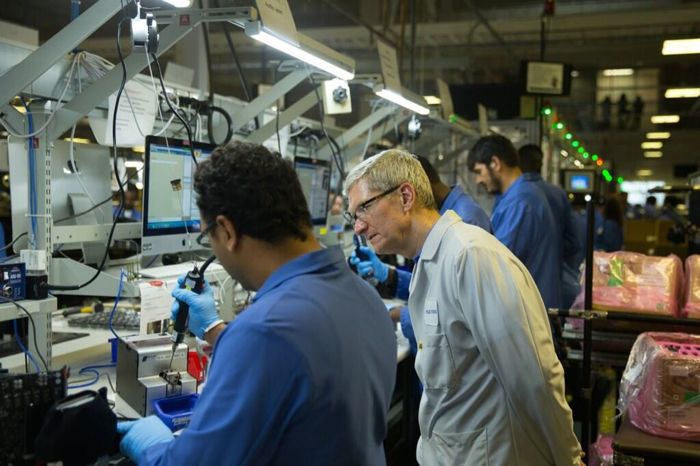 Last week Apple CEO Tim Cook posted a photo on Twitter of the assembly line of their Apple Mac Pro at their factory in Austin, Texas, you can see the photo above.

In the background of the photo are a number of Apple iMacs, but it would appear that they are not actually running Apple’s OS X, instead they are running Microsoft’s Windows.

Watching the Mac Pro come together in Austin yesterday,thanks to a team loaded with American manufacturing expertise. pic.twitter.com/5LcCOFIVgC

As you can see from the photo, and it looks like these iMacs are actually running Windows XP, which Microsoft no longer supports.

Interesting to see that Apple is using Windows on their assembly line to build their flagship OS X device, the Apple Mac Pro, we suspect the PR department at Apple have had a few emails since this photo was posted.

The Apple Mac Pro is Apple’s top end Mac, prices for this high end Mac start at $2999 for the entry level model, and top models can cost more than $12,000 with all the high end options added.