But what if the new Apple Mac Pro 2013 actually came supplied any clear glass case, how cool would that be. Well 3D modeller Martin Hajek has wasted no time recreating the Apple Mac Pro 2013 system complete with its own transparent glass case which makes the system even more awesome. 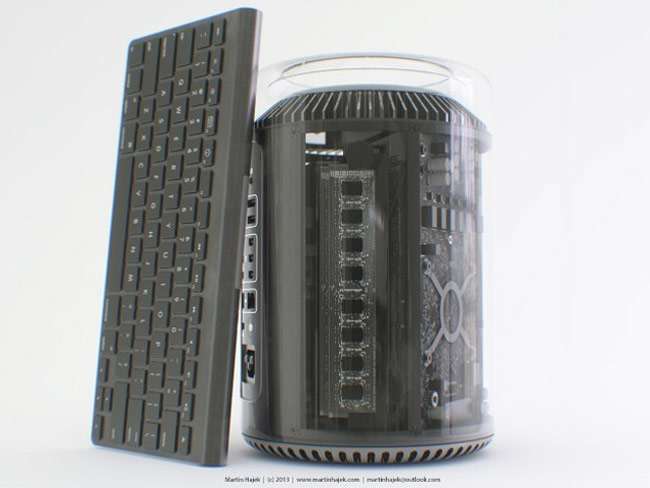 “With the focus being on OS X Mavericks and of course iOS 7 everyone seems to be forgetting the
amazing looking new Mac Pro which was unveiled during WWDC 2013. Even though some might confuse it for a glorified dustbin with a powercord I decided to model it nonetheless…and to have a look what it might be if Apple had stuck with the design look of the previous Mac Pro.”

I’m sure it won’t be long after Apple launches their new Apple Mac Pro 2013 system that new cases will be made available by 3rd party manufacturers which are sure to include a clear glass or transparent perspex case design.

For more case designs with different finishes jump over to the Martin Hajek website.