When Apple released iOS 6, the clock up on the iPad had an update with a new design, when the new app was released, many people wondered why the design was so similar to that of the Swiss Railway Clock.

The original design was from the Swiss Federal Railways, who have no issued a press release and confirmed that Apple have reached an agreement with them to use their clock design on the iPad and iPhone in iOS 6. 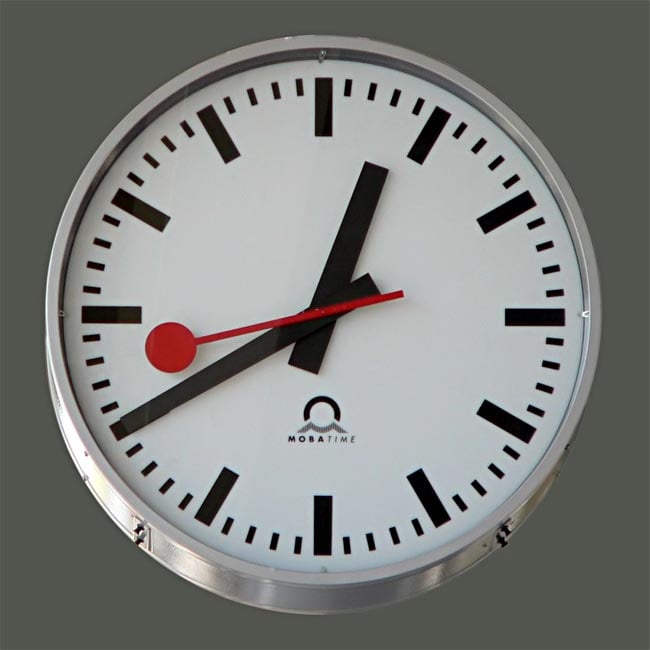 For the use of the SBB station clock on devices like iPad and iPhone, the Swiss Federal Railways SBB and Apple have agreed and signed a license agreement. The parties have agreed to give the amount of the license fee as well as other details about the Convention any further information.

The Railway station clock was built in 1944 by engineer and designer Hans Hilfiker designed for SBB. It is a design icon, obvious matters in the digital age well. Special feature of the so-called “scoop dial” is the striking red second hand, which has the form of a signal trowel. To date, she is a symbol of innovation and reliability is an important identifying feature of the SBB and Switzerland represents

There are no details as yet on how much Apple paid the Swiss Railway to use their design, and it isn’t clear why the design was used in the first place without coming to an agreement with the original company who created it before it was released.