We recently heard that the iPhone 6 may come with some sort of solar charging display, and now according to a recent report the Apple iWatch will also feature solar charging.

Battery life is one of the challenges that smart watch manufacturers face, we previously heard that Apple were facing manufacturing challenges on the Apple iWatch with regards to the battery and the display. 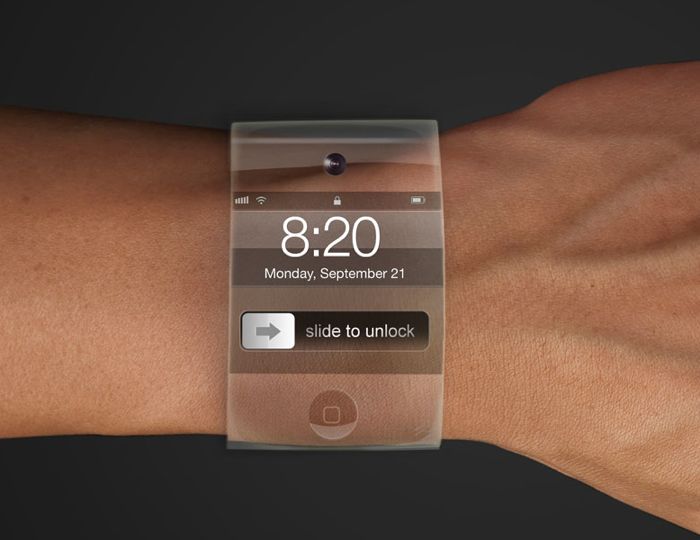 According to the NYT, the Apple iWatch will feature a curved glass display, this is something we heard previously, and the curved display may come with some sort of solar charging layer, that will be used to charge the device during daylight.

Apple has also apparently been looking into wireless charging for the iWatch, although exactly how Apple will implement this remains to be seen, the could use a similar system used in some smartphones available today, like QI charging technology, or develop a new system.

What we heard previously is that the Apple iWatch is expected to be much more than just a communicator device for your iPhone or iPad, the device may come with some sort of home automation, which apparently Apple is working on for its other devices as well.

health monitoring and fitness monitoring are also expected to play a large part in the Apple iWatch, and we are expecting the device to be released before the end of the year.