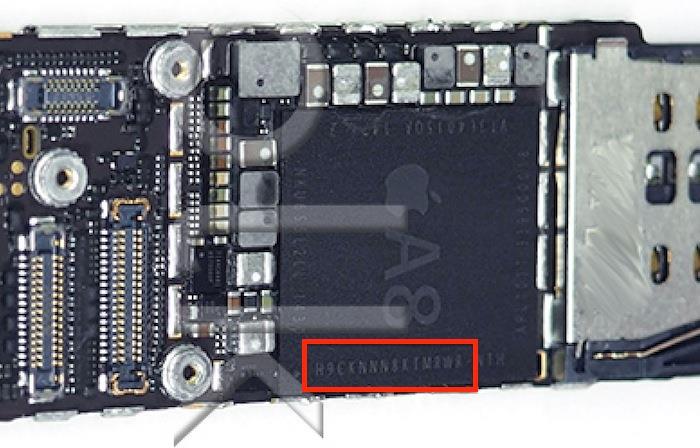 It’s raining iPhone 6 leaks from the past few days. We got to see leaked images, rear shell of the alleged iPhone 6 and what not in the past few weeks.

Previously, a rumor suggested that iPhone 6 will feature the same amount of RAM as the iPhone 5S, that is, 1GB. Well, now another report mentioned that the purported iPhone 6 will indeed feature 1GB of RAM.

One MacRumors forum commenter gave a detailed look to one of the leaked logic board images, and mentioned that the number in the red box do have information about the amount of RAM on the device. If you take a closer look, there’s an “8” in the red box (on the 8th spot) which means that it will come with 1GB of RAM. If there B on the same place, it means there’s 2GB of RAM — which is not there unfortunately.

While this could be subject to debate, previous reports have hinted a similar scenario. Obviously, Apple could surprise its fans by including 2GB of RAM, but it’s not going to come out until September 9th, the time when the Cupertino company is expected to announce the highly rumored iPhone 6.

We’ll update you as soon as any other information pops up. Until then, take it with a grain of salt, and hope it’s different. Although Apple can make devices with 1GB of RAM to perform better than those Android ones running twice the amount of RAM. Let’s hope for the best.