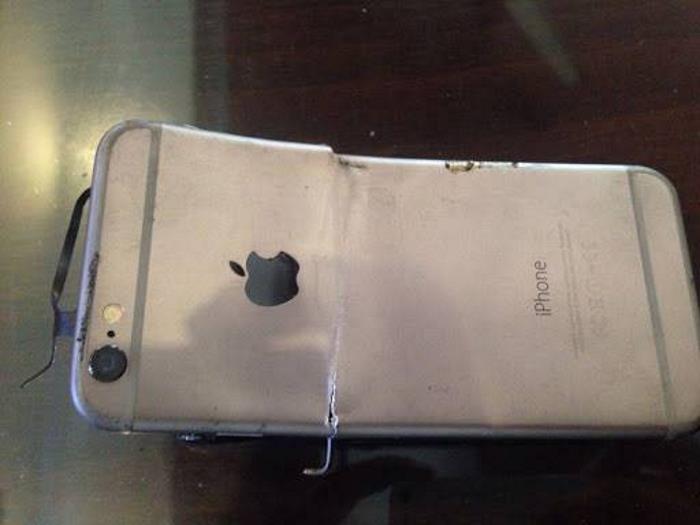 In the past, we’ve heard of several instances where smartphones overheated and cause fire, injuring the owners in some cases with burns and other damages.

The latest incident was reported in India where an iPhone 6 exploded. Thankfully, the owner didn’t get any injuries, but he had an exploded iPhone 6, which he bought a few days back.

Kishan Yadav from Gurgaon, India, bought a shiny new iPhone 6 on June 18th which blew up a few days later. The user reports that he was talking to his friend while driving in the handsfree mode, and he suddenly noticed sparks coming out from the device. He threw the phone out of the car when he found the phone to be extremely hot, and it exploded as soon as it landed on the ground.

“My face could have got burn as the phone exploded in a matter of seconds. When I threw the phone, the call was on and the battery was around 70%,” said Yadav.

Mr. Yadav took the phone to the same shop from where he bought the phone, and was redirected to Apple service center. The phone was deposited with the staff for investigation, and the owner has also filed an FIR with the police.