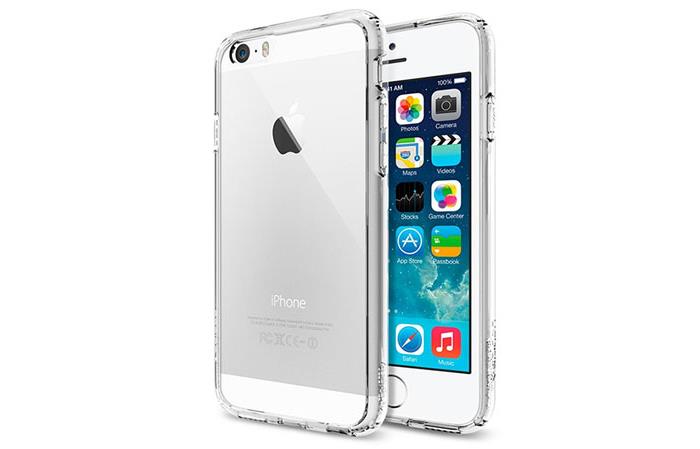 Apple iPhone 6 is turning out to be one of the most leaked devices. Not too long ago, we share some exclusive images of the alleged iPhone 6, as well as some images of the components which were leaked over the weekend.

Now, the case maker Spigen has inadvertently posted some cases for the alleged iPhone 6 on Amazon, revealing the design of the upcoming device.

We’ve heard countless number of rumors in the past few weeks that Apple is working on a larger 4.7-inch and 5.5-inch iPhone 6 models. We’ve seen leaked images, dummy and mockup units, concept renders and what not in the past few days. This further confirms that the alleged iPhone 6 will come with a bigger display.

Apple iPhone 6 is rumored to come with an A8 processor under the hood, with Touch ID sensor for improved security, as well as a bigger 1,810 mAh battery (for the 4.7-inch model), a better camera and iOS 8 as its operating system.

Apple is rumored to launch the 4.7-inch iPhone 6 later this fall, possibly in September, but the case may not be the same for the 5.5-inch model. The phablet sized device is facing some production issues and may launch by the end of this year.