The latest Apple iPhone 5S is expected to launch on the world’s largest carrier, China Mobile. There is no doubt about it, but we still don’t have an exact launch date. It is rumored that the handset will go on sale by late-October or November. Now, some leaked screenshots of iPhone 5S have emerged from Chinese shores showing the handset running on China Mobile’s network. 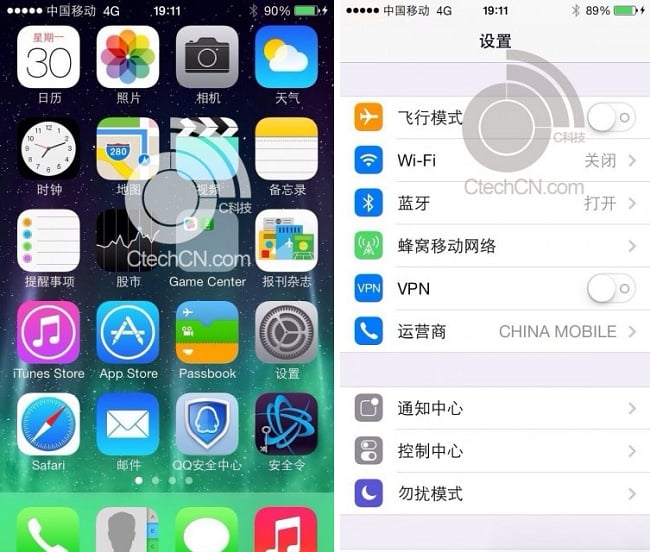 The folks at CtechCN managed to get their hands-on a couple of screenshots showing iPhone 5S running iOS 7 and clearly shows that it’s on China Mobile. It seems that the handset is being tested on China Mobile’s TD-LTE network and will hit the shelves in November, according to this rumor.

A report also mentions that China Mobile has started taking pre-orders for its TDD-LTE 4G service at local offices in Guangzhou and Shenzhen. Interestingly, the folks at Tech-in-Asia also managed to grab some screenshots of the TDD-LTE 4G tariff plans that the carrier plans to offer. They don’t show anything about the iPhone 5S/5C, but we hope more details will emerge in the coming days.