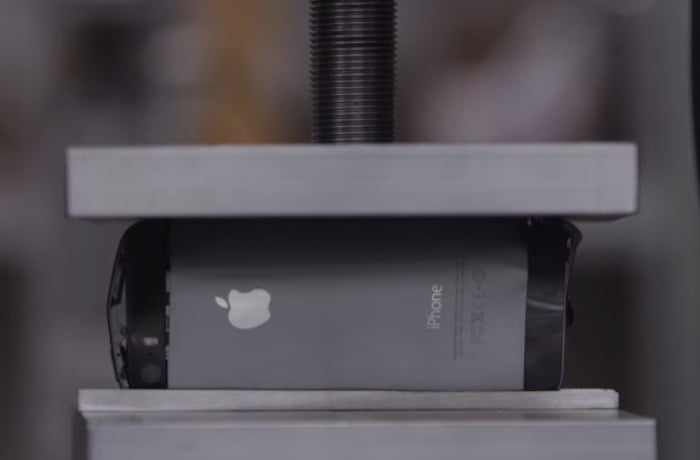 If you cant already guess what happens to an iPhone 5 that is exposed to 40,000 lbs of crushing pressure, you can see the results in the video after the jump.

The iPhone 5 crush test was manufactured to promote the OnePlus One: Smash the Past advertising campaign and was done in the name of science, and of course getting access to a OnePlus One smartphone.

The new OnePlus One smartphone is the first mobile phone to launch with CyanogeMod 11S already installed, which is based on Google’s Android 4.4 Kit Kat operating system.

The OnePlus One smartphone is fitted with a 5.5 inch JDI display that features a full HD resolution of 1920 x 1080 pixels,and is equipped with a Qualcomm quad core 2.5GHz Snapdragon 801 processor supported by 3GB of RAM.

Demand for the 64GB OnePlus One appears to be higher than OnePlus had originally thought, and there is also a 16GB available that might now be released at a little later than the 64GB version.