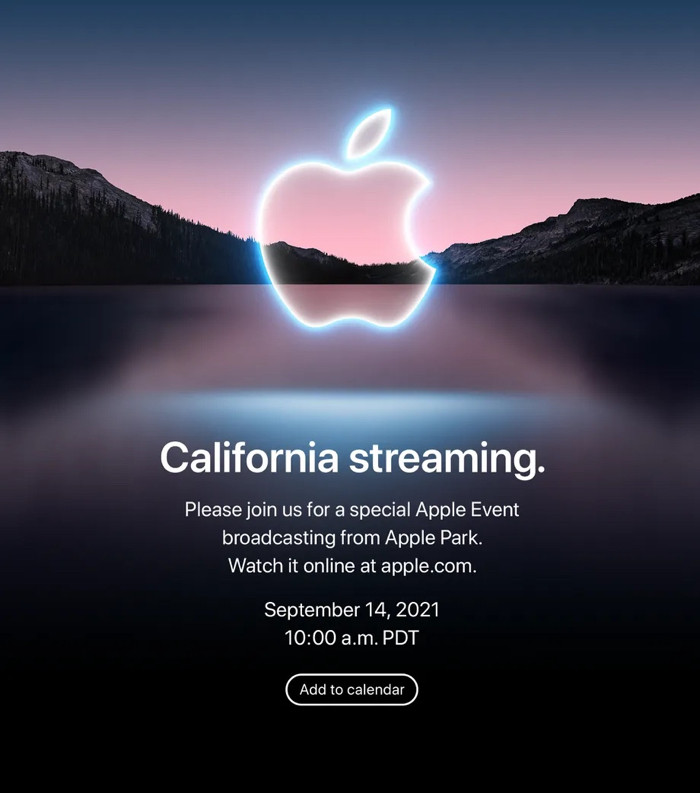 Apple has sent out invites to its iPhone 13 press event, it will take place next Tuesday the 14th of September at 1PM ET or 10:00AM PDT, Apple’s event will be streamed on their website.

We are expecting to see four versions of the new iPhone at the event, the iPhone 13 and 13 Mini and the 13 Pro an 13 Pro Max. Apple are also expected to make their Apple Watch Series 7 official at the event.

Apple’s Greg Joswiak tweeted a teaser video for the event which you can see below, it gives us a hint at what Apple may have planned.

You can see the AR logo for the event on Apple’s website on an iOS device, if you tap on the logo, one will appear in AR around you like in the video below from Guilherme Rambo.

Apple’s new iPhone 13 range will be getting a number of upgrades, this will include the new A15 Bionic processor, some new cameras, a smaller notch, larger battery and some minor design changes.

We will have full details on the new iPhones and also on the new Apple Watch when they are made official next week.