Apple announced a new iOS in the car feature when they announced Apple iOS 7 back at WWDC 2013, and now it looks like more details on this have been revealed by the latest iOS 7 beta which we heard about earlier.

The screenshot below was posted on Twitter by Hamza Sood, and it shows a new menu for ‘Accessory Developer’ in the settings menu in Apple iOS 7. 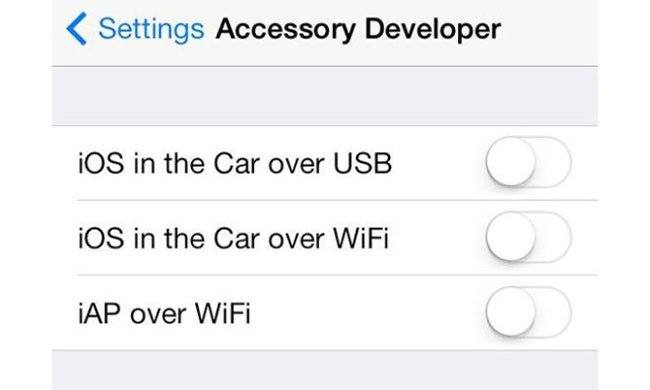 Looks like iOS in the car works over Airplay (those preferences set values in com.apple.airplay) pic.twitter.com/HuPwYq4ADM

As you can see from the picture, one of the options is iOS over WiFi, which could mean that car manufacturers will be using devices in their vehicles that support Apple’s AirPlay.