Apple has released a new version of the mobile OS, in the form of the iOS 7.0.4 update, the update is designed to fix a number of bugs and also brings some improvements to FaceTime.

The update fixes a bug with FaceTime which was causing Apple’s video chat service to fail for some users on some devices, they also release an update for the 4th generation iPod Touch, in the form of iOS 6.1.5 which fixes the FaceTime issue on this device. 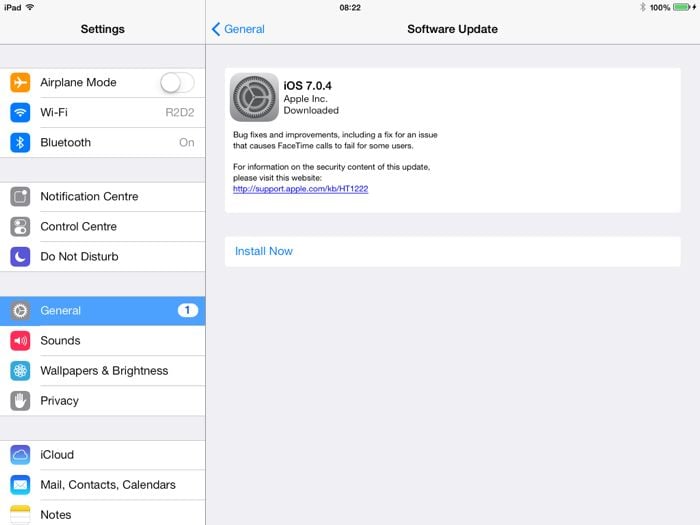 Bug fixes and improvements, including a fix for an issue that causes FaceTime calls to fail for some users.

The Apple iOS 7.0.4 software update should be available for your iPhone, iPad and iPod Touch as of now, you can check to see if the update is available by going to Settings > General > Software Update.

If you have received the update on your iPhone, iPad or iPod Touch, and have noticed anything else new, leave a comment and let us know.