Apple has released a new software update for its iOS devices, the iOS 7.0.3 update, and it is designed to fix the various sensor issues that a number of users have experienced.

The iOS 7.0.3 update is now available for the iPhone, iPad and iPod Touch, it also comes with a range of new features, which you can see below. 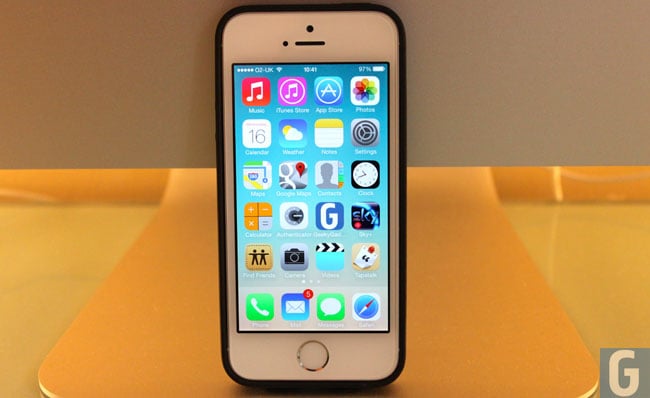 This update contains improvements and bug fixes, including:

• Adds iCloud Keychain to keep track of your account names, passwords, and credit card numbers across all your approved devices
• Adds Password Generator so Safari can suggest unique, hard-to-guess passwords for your online accounts
• Updates lock screen to delay display of “slide to unlock” when Touch ID is in use
• Adds back the ability to search the web and Wikipedia from Spotlight search
• Fixes an issue where iMessage failed to send for some users
• Fixes a bug that could prevent iMessage from activating
• Improves system stability when using iWork apps
• Fixes an accelerometer calibration issue
• Addresses an issue that could cause Siri and VoiceOver to use a lower quality voice
• Fixes a bug that could allow someone to bypass the Lock screen passcode
• Enhances the Reduce Motion setting to minimize both motion and animation
• Fixes an issue that could cause VoiceOver input to be too sensitive
• Updates the Bold Text setting to also change dial pad text
• Fixes an issue that could cause supervised devices to become un-supervised when updating software

You can find out more details about the Apple iOS 7.0.3 update over at Apple at the link below.