Apple has just launched the latest version of their iOS for the iPhone and iPod Touch, and it is now available to download from iTunes.

iOS 4.1 brings a number of new features to the iPhone and iPod Touch, which include a range of bug fixes for the iPhone 3G which is designed to speed things up, plus a fix for the proximity sensor issues on the iPhone 4. 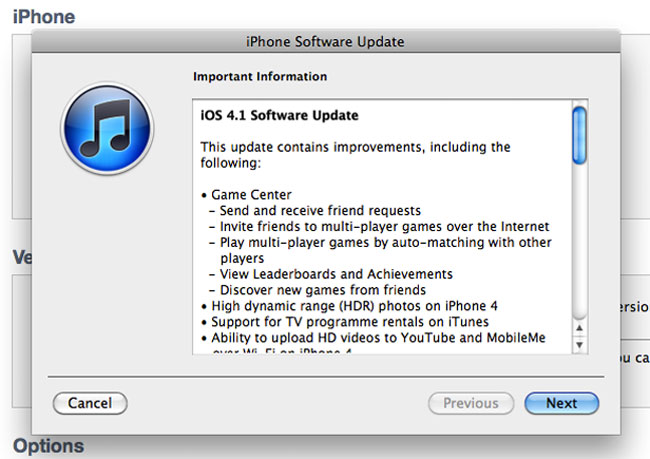 The new features in iOS 4.1,  include HDR Photos, the ability to upload HD video over WiFi, TV show rentals for your iOS device and also Game Center.

Game Center adds a range of new featrures to iPhone Gaming, including achievement, worldwide leader boards and the ability to play online with other players from around the world.

iOS 4.1 is now available to download from iTunes, more details over at Apple.