Apple has finally announced iCloud, and it will replace the companies MobileMe, and it will sync a and backup wide range of things with your iOS device which include purchased music, apps and books bought from the iBooks store.

It will also sync your photos and videos from the camera roll as well as app data and your iOS device settings, plus documents from iWork apps and other apps, and when you change a document on one iOS device it will be synced with iCloud and your other iOS devices automatically. 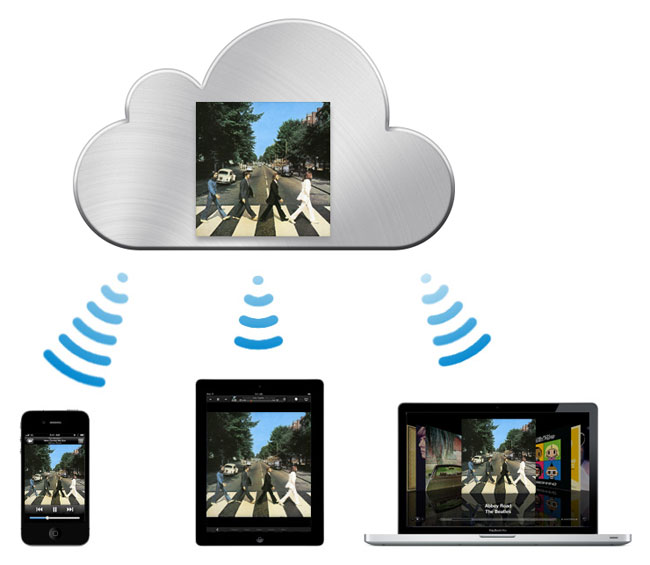 It will also sync your photos with all your iOS devices, any photos taken or loaded on one iOS device will be synced with iCloud and your other iOS devices, and you will be able to sync you whole photo library with the last 1,000 photos stored on your actual device. iCloud will store your photos for the last 30 days, and it can store them permanently by moving the photos into an album.

You will also be able to buy music direct from iTunes on one iOS device and it will automatically download to your other iOS devices, and the tracks can be pushed to up to 10 iOS devices.

Apple’s iCloud service will be free and you will get 5GB of storage for mail, and Apple will launch iCloud in developer beta later today and it will run on iOS 4.3 beta, iCloud will be available later this Fall when iOS 5 is available

Apple also announced iTunes Match, which will cost $24.99 a year, and this will give you access to your whole music library including ripped tracks from CDs, you will then be able to access these track from iCloud, and it will let you match up to 20,000 tracks for the annual fee.