A curious Apple patent has been filed that suggests a possible Dual Mode iMac Touch device could be on its way or at least under development.

As you can see below the Apple patent suggest a touch screen iMac desktop computer combined with a tablet style interface on the screen. 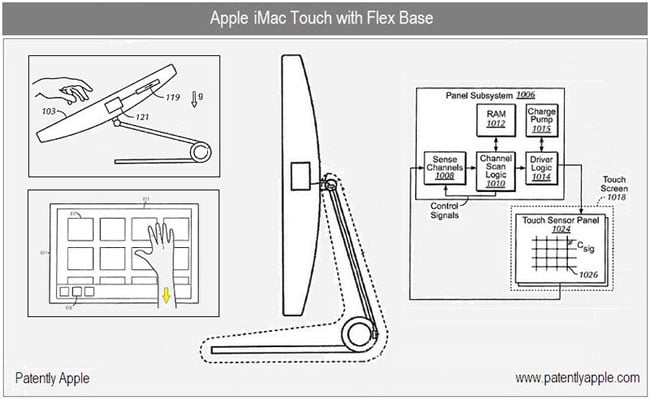 According to the patent, the ‘iMac Touch’ stand is shown to be capable of being positioned at a low angle allowing users to work directly on the screen. The use of dual OS that would change depending on the angle of the screen. 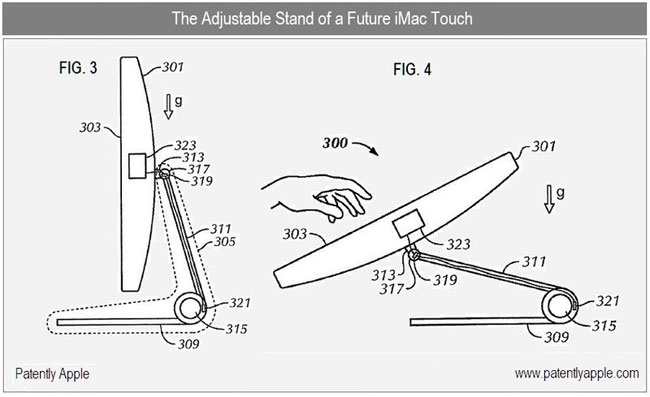 The position would then determine which Mac OS was used, upright Mac OS X with keyboard and mouse, iOS when the screen was laid close to flat for touchscreen use. Now wouldn’t that be fantastic, being able to use all your app from both OS’s on one device.

Via TiPb Via Patently Apple