Despite what you might originally think, this picture is not about the majestic king of the jungle placidly looking out from the medallion on the wall, nor indeed is it about the intrepid workers making sure the place is spic and span for Apple’s 2011 Worldwide Developer Conference. It’s all about the mighty Stratocumulus. 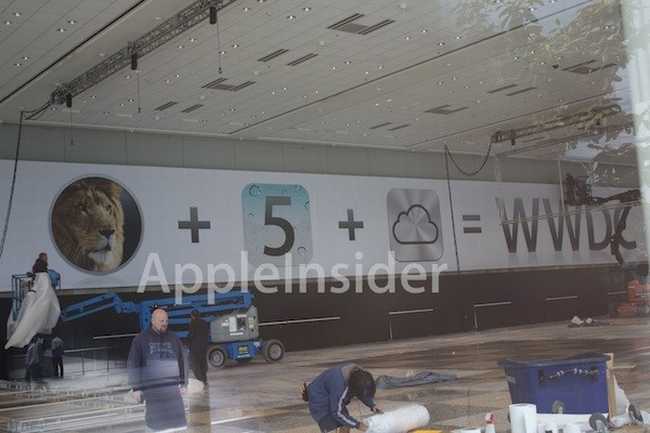 Indeed, Apple’s literalism rivals that of Southern US biology teachers and it wasn’t about to sell itself short with the release of Lion, iOS 5 and the iCloud. That there is the official logo for Apple’s music streaming application and if they have their way, in time it might just become as ubiquitous as the iTunes icon. In fact, we’re still wondering why that particular icon didn’t depict a human eye with musical notes coming out of it.