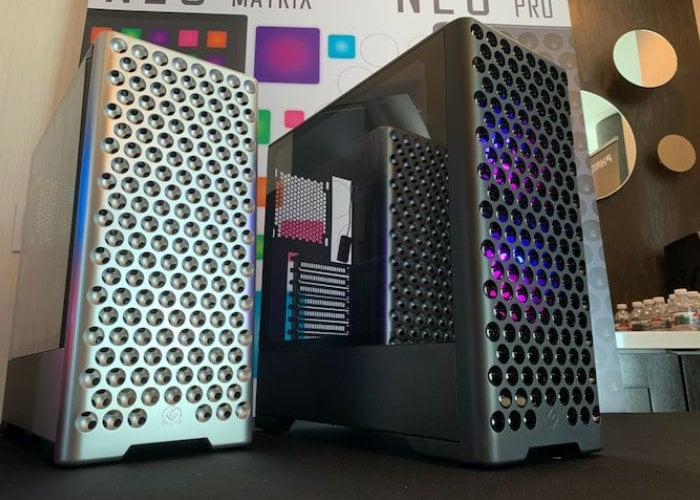 It hasn’t taken long for copies of Apple’s cheese grater case design to become available and one of the first is affordably priced at just $60 allowing you to build your ultimate Hackintosh and save a considerable amount when compared to the top of the range Apple Mac Pro priced at $50,000. The PC case sporting a grill front has been created by Phanteks’ gaming brand, Metallicgear and aptly named the Metallicgear Neo Pro.

You can expect the Metallicgear Neo Pro PC case to be available in a few months time during March, April 2020 priced at around $60. As you can imagine such an affordable price a few alterations have been made one of which is that the case is made from plastic rather than aluminium and the circular vents are slightly different to Apple’s design, but from a distance who would know.

The Metallicgear Neo Pro PC Is capable of accepting an ATX motherboard and will be available in both silver and black finishes and comes equipped with two internal plans and a tempered glass side panel. 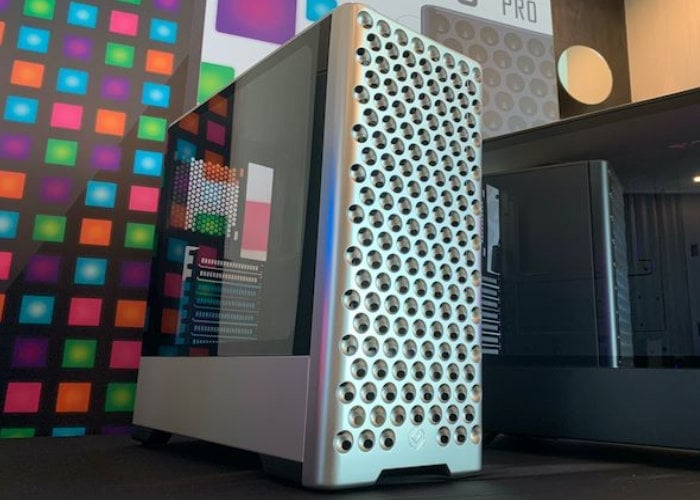