With all the excitement of the release of thew new Apple iMacs, new Mac Pro’s and the new 27 inch LED cinema display, and their new Magic Trackpad, here is one product that we missed, Apple has just launched their very own AA battery charger.

The new Apple Battery Charger is designed to be used to recharge your batteries for your wireless keyboard, Magic Mouse, Magic Trackpad, and according to Apple it is the best in class battery charger and more energy efficient. 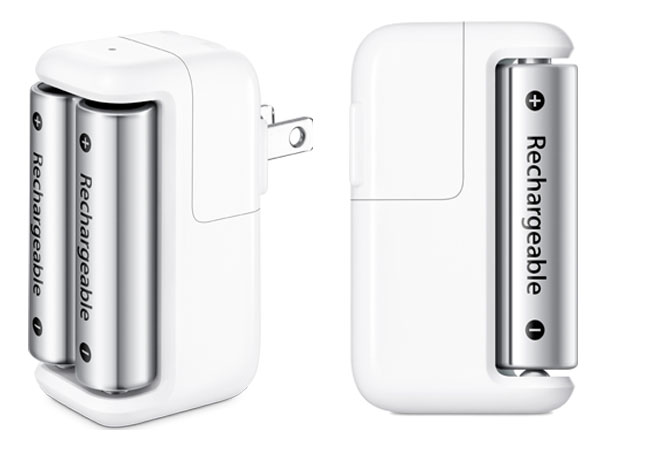 The Apple Battery Charger has the lowest “vampire draw” of any similar charger on the market. That’s the energy that most chargers continue to draw even after their batteries are done charging. Unlike other chargers, the Apple Battery Charger senses when a battery charge cycle is complete and automatically reduces the amount of power it uses to 30 milliwatts — more than 10 times better than the industry average.
Better for the environment.

With the Apple Battery Charger, you no longer have to buy or hassle with the disposal of batteries every few months. The charger works quickly and efficiently. And once your batteries are fully charged, it draws less power than any other similar charger on the market.

If you want one, the Apple Battery Charger will be available for $29 from the Apple Store, and it comes with six rechargeable batteries.